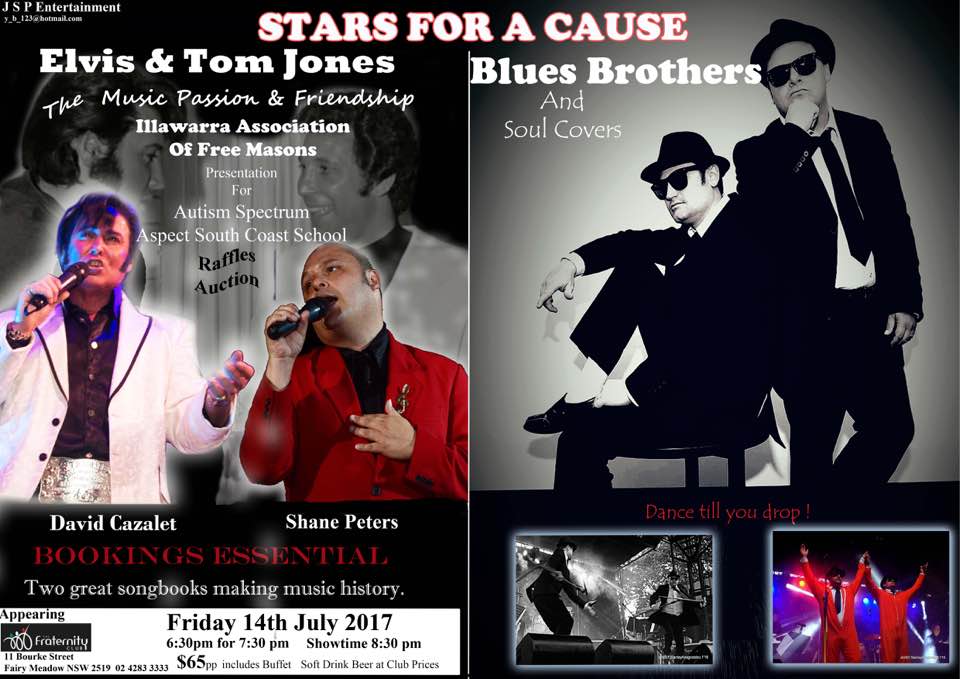 David Cazalét, today celebrates Elvis’ music with the same sincerity and respect he always has. His voice in 2015 has the same impressive range of previous years with perhaps a deeper richness that comes with vocal maturity.

As David’s career marches on through the 21st century you can be sure it’s to the beat of Jail House Rock! With every performance being a celebration of the life and music of Elvis Presley.

As a critic once wrote “The King lives in Cazalét!”

The “Blues Brothers Rebooted” show is an exciting production that pays tribute to both the unforgettable and infectious style of soul music and a faithful recreation of those 2 soul brothers who donned the Black hats, dark shades and created what is now a musical institution “The Blues Brothers” Rebooted.

This High energy, fun and polished presentation features the finest soul, rhythm and blues classics by such artists as The Temptations, The four tops and Wilson Pickett.

Blues Brothers Rebooted have played sold out shows in some of Sydney’s finest venues including the Basement, the Vanguard and Lizottes and in Auditoriums across NSW.