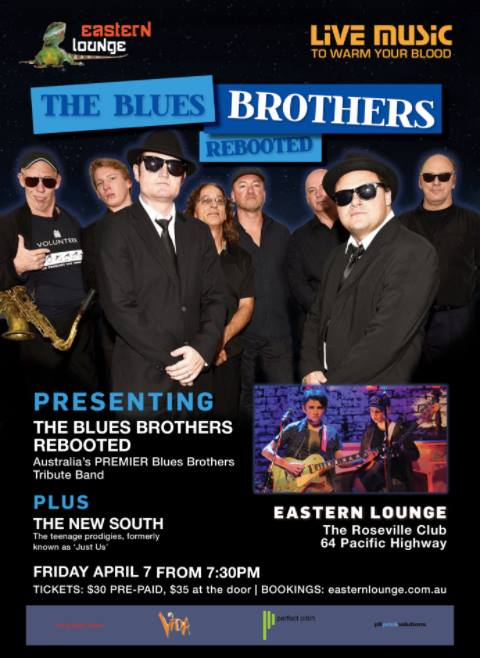 This energetic and exciting production has played sold out gigs in some of Sydney’s finest venues including the Basement, the Vanguard, the Golden Sheaf and Lizottes. The show pays tribute to both the unforgettable and infectious style of Soul music performed in the classic 1980 movie by legendary stars including James Brown, Cab Calloway, Ray Charles, Aretha Franklin, John Lee Hooker, Steve Cropper and Donald Dunn, while faithfully recreating those two ‘Soul Brothers’ who donned the Black hats and dark shades – Jake & Elwood.

We encourage you to dress up Blues Brothers style for what will be a night of sheer, unadulterated FUN at Eastern Lounge!

For more information go to